My final piece was a marble run, which was designed to look and sound like running water.
There were a number of different elements including chimes, bells and a tipping mechanism to add a random element to motion of the marbles and their route down the run. The idea was to create a piece which encouraged the viewer to interact with it by adding marbles to the top of the run.
Although there were still some technical problems with the final version, the individual elements worked well and the sounds which they generated was reminiscent of water moving over rocks and through narrow channels. 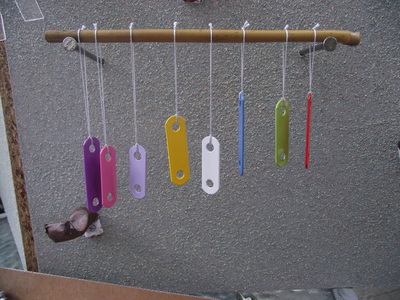 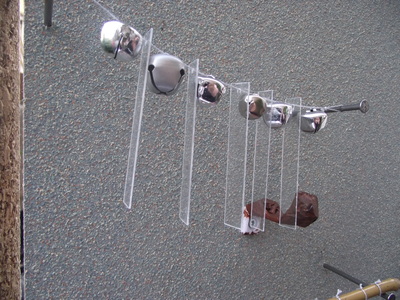 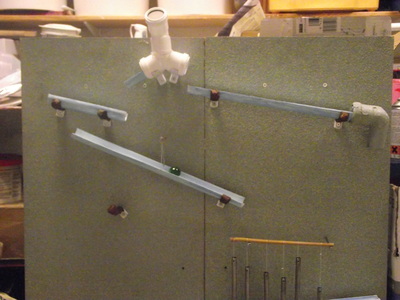 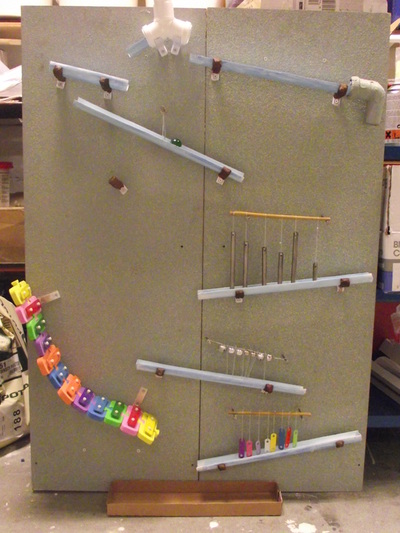 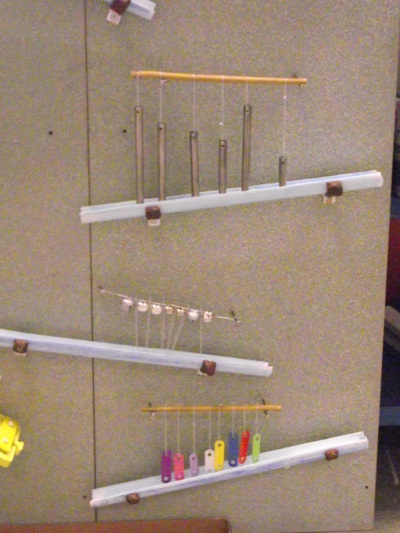 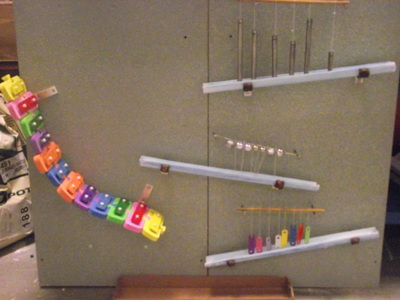